Nearly 50% of American voters believe mail-in voting is likely to result in significant fraud as officials search for ways to secure the electoral system amid the coronavirus pandemic, a Washington Post/ABC poll published Sunday found.

Only 43% of people surveyed in the poll think there are adequate protections against potential instances of fraud. The WaPo/ABC poll also showed that 38% of Americans say they prefer to vote through mail, while another 59% want to vote in person.

By contrast, 24% of Americans voted by mail in 2016, ABC reported, citing data from the U.S. Election Assistance Commission.

The poll, conducted between July 12-15, randomly sampled 1,006 adults and carries a partisan divide of 30-24-39% for Democrats, Republicans, and Independents, respectively. It has a margin of error of 3.5 percentage points.

Voters’ concerns appear to mirror those expressed by President Donald Trump in recent months. Twitter flagged one of the president’s tweets for suggesting in May that California’s mail-in ballots will be “substantially fraudulent.” 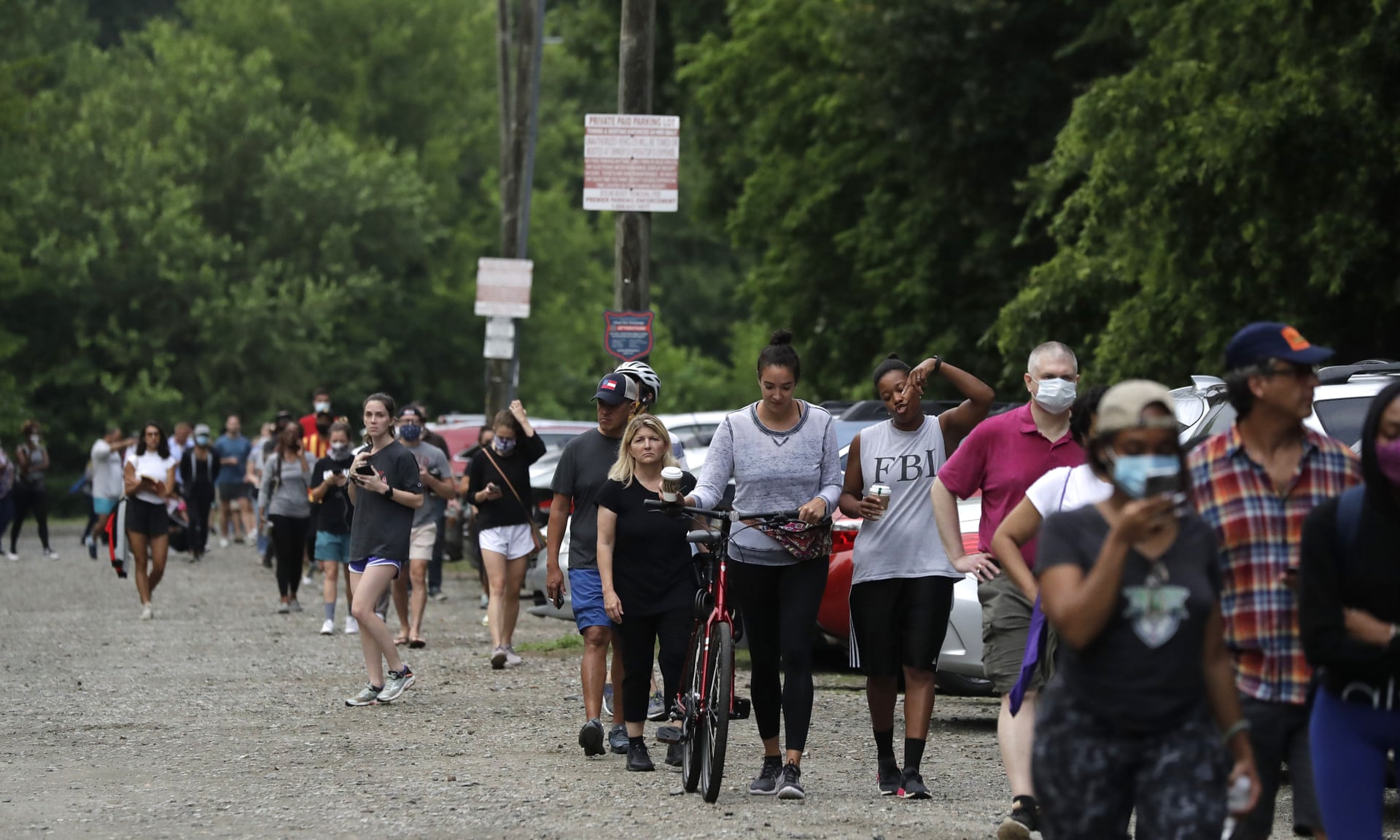 Georgia voters wait in line to vote amid a pandemic and confusion over malfunctioning voting machines, June 9, 2020.

A recent increase in coronavirus cases in the South resulted in a change in fortunes, with Biden now leading the president on the issue, 54-34%, according to the poll.

There have been reported problems related to mail-in ballots in New York and New Jersey.

New York officials have not yet counted mail-in absentee ballots tallied during three New York primary election, The New York Times reported Friday. The count has been slow and hard to track, with no account of the vote totals, according to the TheNYT.

Only 13,557 of the 16,747 vote-by-mail ballots in Paterson, New Jersey, were counted, a local NBC affiliate in New York reported in May. More than 800 ballots in the city were invalidated for appearing in mailboxes tethered together. One mailbox reportedly had hundreds of ballots tied together.

“Today’s charges send a clear message: if you try to tamper with an election in New Jersey, we will find you and we will hold you accountable,” Grewal, a Democrat, said in a statement to InsiderNJ. “We will not allow a small number of criminals to undermine the public’s confidence in our democratic process.”