Alpha News
Home Culture Experts Have Repeatedly Been Wrong Throughout The Pandemic. Here Are Just A...
Facebook
Twitter Americans have relied on experts to guide them and to provide factual, unbiased information throughout the coronavirus pandemic — but some experts have been proven wrong on multiple topics just this week.

Public health officials have urged Americans to social distance from one another since the coronavirus pandemic began. Quarantines, social distancing orders, and lockdowns have kept Americans in their homes and away from friends and family.

Those who suggested that social distancing orders may have gone too far were publicly shamed. In a viral Twitter thread, mother and commentator Bethany Mandel called for a return to normalcy and an end to months of indefinite lockdowns.

“You can call me a Grandma killer,” Mandel tweeted May 6. “I’m not sacrificing my home, food on the table, all of our docs and dentists, every form of pleasure (museums, zoos, restaurants), all my kids’ teachers in order to make other people comfortable. If you want to stay locked down, do. I’m not.”

Media and experts alike tore into Mandel for her comments, accusing her of being selfish, a “grandma killer,” and much more.

A few weeks later, experts have begun condoning the crowds joining protests following the death of George Floyd. Some health officials going so far as to say that the public health risks of racism are more dangerous than those of the coronavirus pandemic. 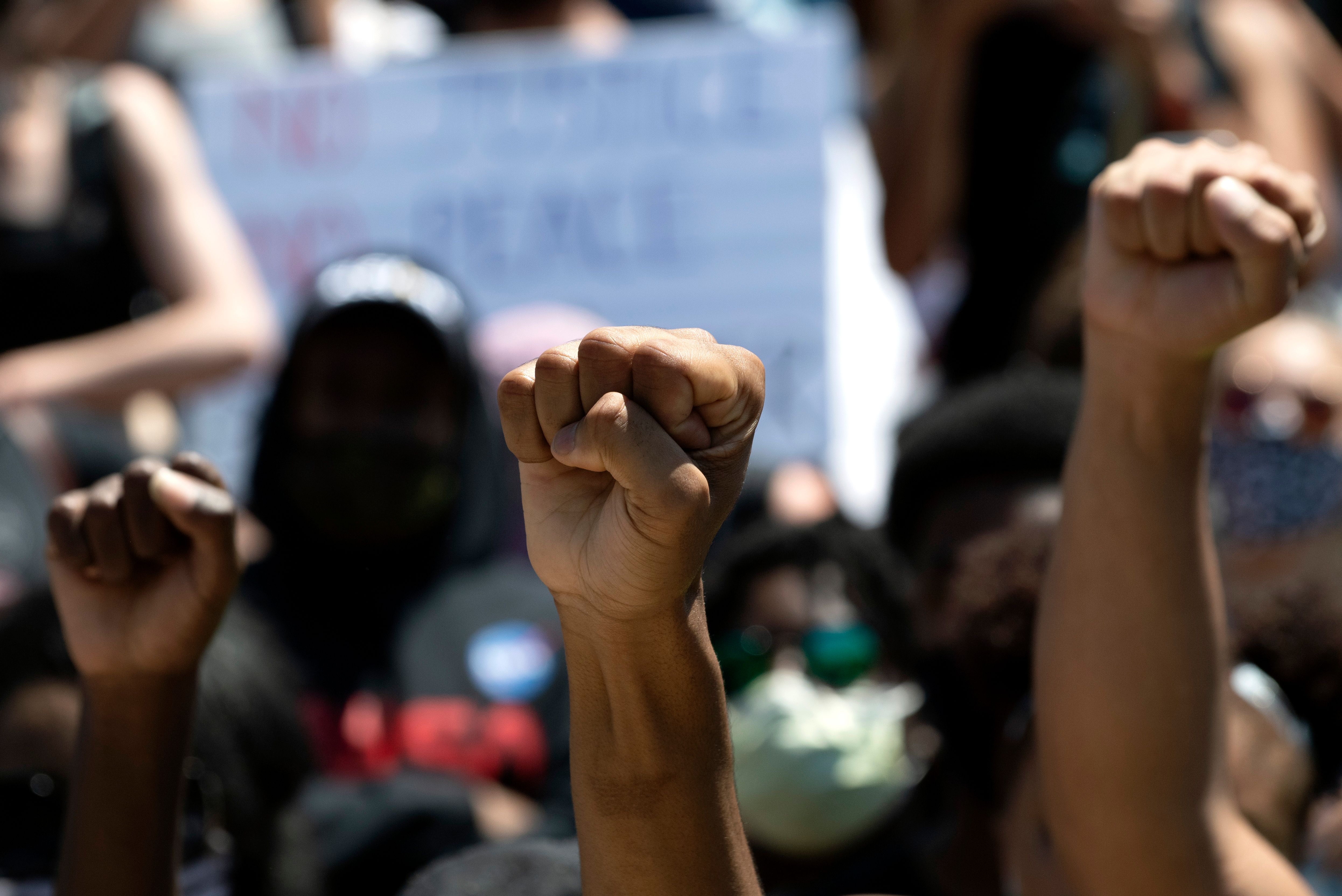 Demonstrators raise their fists in a sign of solidarity on May 30, 2020 in Denver, Colorado while protesting the death of George Floyd, an unarmed black man who died while while being arrested and pinned to the ground by the knee of a Minneapolis police officer. (JASON CONNOLLY/AFP via Getty Images)

“We should always evaluate the risks and benefits of efforts to control the virus,” John Hopkins epidemiologist Jennifer Nuzzo tweeted Tuesday. “In this moment the public health risks of not protesting to demand an end to systemic racism greatly exceed the harms of the virus.”

Abraar Karan, a physician at Brigham and Women’s Hospital, told Politico that “the injustice that’s evident to everyone right now needs to be addressed.”

“While I have voiced concerns that protests risk creating more outbreaks, the status quo wasn’t going to stop #covid19 either,” he tweeted. “As much as this is a chapter in American racism, so too is it in the #covid19 response. It’s beyond time for us in public health to step up.”

Atlantic staff writer Connor Friedersdorf called on public health experts to “strive to provide a neutral accounting of risk” in the Thursday story: “The Protesters Deserve the Truth About the Coronavirus.”

“Public health experts who explicitly adopt an ideological double standard in talking points about the risk of spreading COVID19 at protests ill serve protesters themselves and undermine their credibility in ways that will do lasting damage,” Friedersdorf tweeted.

Both experts and media mocked President Donald Trump for his praise of the treatment as well as his own use of the treatment himself as a precaution.But only this week, serious questions posed by medical journals have emerged regarding both the studies. Both The Lancet, which published the study on hydroxychloroquine, and The New England Journal of Medicine (NEJM), which published a study on blood pressure medications, issued expressions of concern this week warning readers that concerns over the studies have emerged.

Major news networks that had criticized Trump over the medication did not cover the news regarding the studies, an examination by conservative blog Newsbusters found.

CNN gave over 90 minutes in one day to now-retracted hydroxychloroquine study https://t.co/N9T6aDUjm4

“The evening newscasts of ABC, CBS, and NBC refused to give airtime to the revelation that a lauded scientific study, purporting to show anti-malaria drug hydroxychloroquine was ineffective and deadly, was retracted Thursday because of questions surrounding its accuracy and ethics,” Newsbuster’s Nicholas Fondacaro wrote. “That, even though all three had used the study to chide President Trump for pushing the drug and taking it himself.”

Economists’ projections for the number of Americans unemployed during the month of May were wildly inaccurate. Experts had predicted that the unemployment rate would be around 20% and that about 8 million jobs would have been lost.

“The forthcoming May jobs report will amount to a shocking sequel to the April horror story,” a senior economic analyst for Bankrate Mark Hamrick had predicted to Politico. “It is likely to add further economic insult to the injury already established with the jobless rate. . . Millions more are expected to fall off of payrolls.”

Instead, the economy saw the largest monthly gain in new jobs since the Bureau of Labor Statistics began tracking this data series in 1939.

The May jobs report showed that U.S. economy gained 2.5 million jobs in May and that unemployment fell to 13.3%, according to data from the Bureau of Labor Statistics released Friday.

“Remember all those commentators and journalists who smugly informed us that the woke craziness and suppression of campus speech was being overhyped and it was just a few overzealous students,” Brookings Institute Fellow Shadi Hamid tweeted Thursday. “They’ll never admit they’re wrong. But they were very, very wrong.”

The tweet came the same day that the New York Times apologized for and removed an op-ed by Republican Arkansas Sen. Tom Cotton calling on Trump to end the violence, looting, and attacks on police officers that have occurred throughout the country. 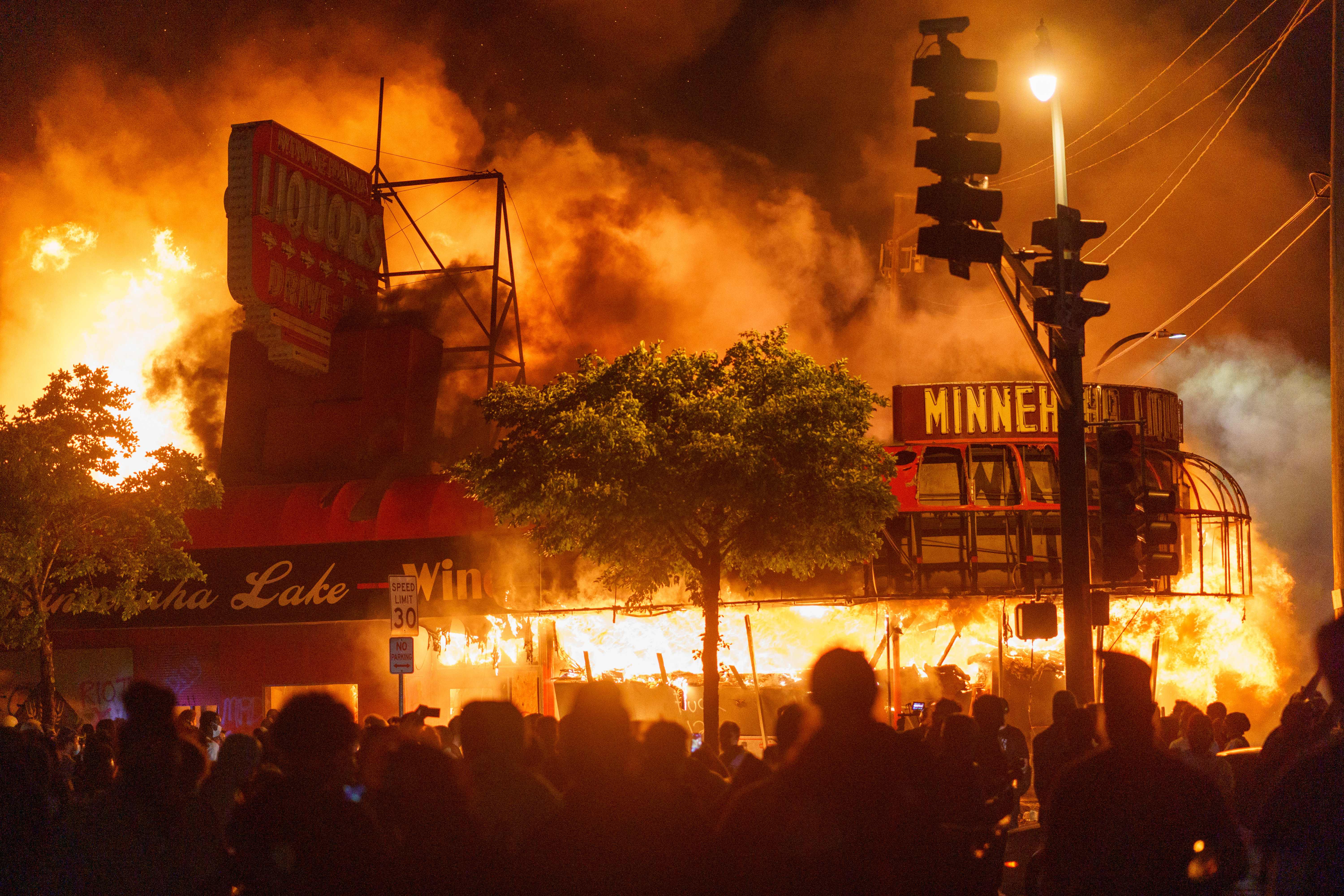 Protesters gather in front of a liquor store in flames near the Third Police Precinct on May 28, 2020 in Minneapolis, Minnesota, during a protest over the death of George Floyd, an unarmed black man, who died after a police officer kneeled on his neck for several minutes. (KEREM YUCEL/AFP via Getty Images)

The Times ultimately decided to remove the op-ed following outrage from the publication’s employees, who expressed outrage and anger that their publication would publish such sentiments.

“We’ve examined the piece and the process leading up to its publication,” a NYT spokeswoman said Thursday. “This review made clear that a rushed editorial process led to the publication of an Op-Ed that did not meet our standards. As a result, we’re planning to examine both short term and long term changes, to include expanding our fact checking operation and reducing the number of Op-Eds we publish.”

Vox writer Matt Yglesias posted in a response to Hamid’s tweet Thursday that he has recently changed his mind about various topics “thanks to a couple recent things” that he did not discuss.

“I was just saying in a Slack that I am going to have to admit I was wrong and the excesses are spreading,” Yglesias tweeted.

“I stand by a lot of my criticisms of the anti-PC discourse of five years ago,” he added, “but I wrongly thought the most egregious excesses of campus activists would stay on campus when they have instead spread as people age into other roles.”

Senior editor of Reason Magazine Robby Soave predicted in 2019 that the so-called social justice warriors would not subside in going after free speech, but would in fact grow.

“Social justice warriors are just getting started,” Soave wrote in a May 2019 op-ed for the Washington Examiner.

“The current incarnation of callout culture has trickled outward from the campus culture where it originated,” Soave wrote. “It was student activists who normalized the leftist idea that words are themselves a form of violence and they can inflict pain just as sticks and stones do.”

Sen. Jensen’s medical license threatened once again for being a ‘danger to public health’