2020 presidential candidate Joe Biden must agree to an “independent and nonpartisan investigation” now that he wants voters to assess Tara Reade’s allegations against him, her attorney told the Daily Caller News Foundation on Friday.

Attorney Douglas Wigdor renewed calls for an investigation the morning after Biden said that voters should choose between voting for him and believing Reade, who accused him of sexually assaulting her when she worked for him as a Senate staffer in 1993. Biden has repeatedly denied this allegation.

Reade’s attorney told the DCNF on Friday morning that if Biden meant what he said, he should agree to an investigation 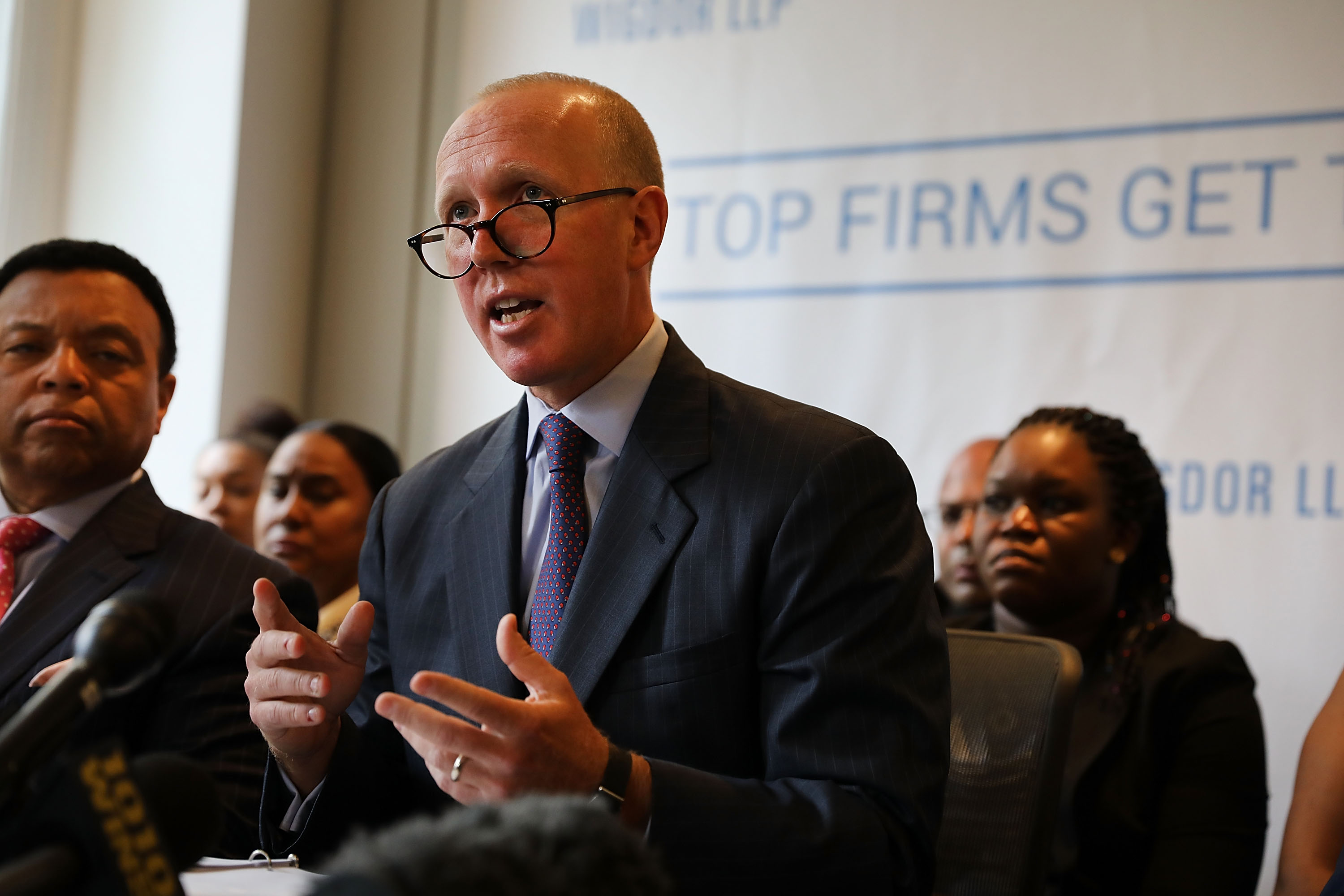 Doug Wigdor of Wigdor LLP speaks at a news conference where he is joined by Fox News anchor Kelly Wright and other current and former Fox employees to announce a lawsuit against the company on April 26, 2017 in New York City. (Photo by Spencer Platt/Getty Images)

“If Biden believes that voters need to assess the credibility of Ms. Reade’s claims before deciding who to vote for, then he ought to also agree that a thorough, independent and nonpartisan investigation should be conducted,” Wigdor said.

This investigation should include testimony from the “relevant witnesses including Biden himself as well as a review of all potentially relevant documents such as those that reside at the University of Delaware and the United States Senate,” Reade’s attorney added.

The 2020 presidential candidate also said Friday that he does not even remember Reade working in his office from his time serving as a Delaware senator. This is “all the more reason” that Biden should open up his University of Delaware records, Wigdor noted.

“Perhaps they will refresh his memory, which we know hasn’t been that sharp to begin with,” Wigdor added.

Reade has said she filed a complaint describing harassment following the alleged assault. It has been suggested that the complaint might be housed with Biden’s Senate records at the University of Delaware, in the National Archives or in the U.S. Senate. (RELATED: Here’s What You Need To Know About Tara Reade’s Alleged Complaint Against Joe Biden)

The collection of the documents held at the University of Delaware alone fills 1,875 boxes and includes 415 gigabytes of electronic records, according to WaPo, containing committee reports, drafts of legislation and correspondence.

But the University of Delaware refused to provide the DCNF with even the agreement detailing why the school cannot release Biden’s records, saying that the “gift agreement signed when the papers were donated is not a public document.”

Reade originally told the DCNF that she believes the complaint would be housed with those records and called on Biden to release the documents in an exclusive interview with the DCNF on April 28.

But Biden insisted during a previous MSNBC appearance that Reade’s complaint, if it exists, would not be included in his Senate documents at the university and that these documents “could be taken out of context” if fully released.

Biden’s campaign did not respond to a request for comment from the DCNF.

Here’s Everything You Need To Know About Biden Accuser Tara Reade And Her Sexual Assault Allegation, All In One Place